Legal Do's and Don'ts for the Documentary Filmmaker - WebinarNinja

Legal Do's and Don'ts for the Documentary Filmmaker

The webinar has ended. It is no longer possible to join.

Here is What You'll Discover

The legal frameworks protecting filmmakers and others

Learn how to structure your projects for maximum protection and profitability

How intellectual property rights interact with gathering and telling stories in the public interest.

Learn how to identify and protect your own copyrights, trademarks and trade secrets while giving appropriate consideration to the property rights of others.

What kinds of paperwork and documentation are required

Learn what to look for in the deal and how to get it in writing so you can make and distribute your projects without concern about surprise lawsuits.

Don't be a statistic. Skipping these important practices and safeguards has brought many a filmmaker headaches, lawsuits and even criminal charges. 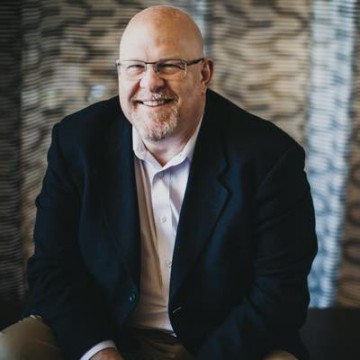 Gordon Firemark began his career working behind the scenes in film, television and theatrical production. Since finishing law school, that's still what he does.

The Law Offices of Gordon P. Firemark is devoted to the representation of clients in film, television, and theatre, he helps producers, directors, writers, actors and other industry professionals make deals that make sense, and that get their productions developed, financed, produced and distributed.  His practice also covers intellectual property, cyberspace, new media, business and corporate matters for clients in the entertainment industry.

As the producer and host of the Entertainment Law Update Podcast, he provides a monthly roundup of news and commentary about the field of entertainment law for artists and professionals in the industry. He is also the author of The Podcast, Blog and New Media Producer’s Legal Survival Guide

Mr. Firemark holds a B.A. in Radio, Television and Film from the University of Oregon and earned his law degree at Southwestern University School of Law.  Before starting his own firm, he was a partner in The Business Affairs Group, and worked in the legal and business affairs departments at Hanna Barbera Productions and the MGM/UA Worldwide Television Group.

In addition to managing his busy law practice, he finds time to give back by teaching Entertainment Law at Columbia College Hollywood, Intellectual Property Law at Fashion Institute of Design & Merchandising, and Contracts at Pepperdine University Law School.

More about Mr. Firemark at http://www,gordonfiremark.com.

We will never send you any marketing emails.

We will never send you any marketing emails.